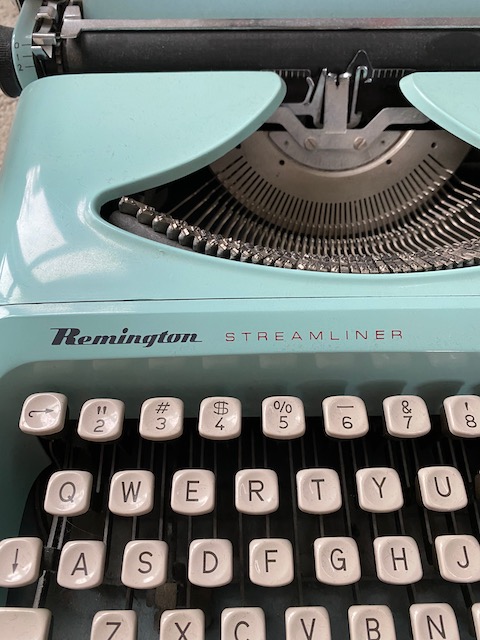 Several weekends ago, I came across a writing contest that intrigued me. On that Friday morning, the topic “Future Food” was announced, and all entries were to be SciFi, related to that theme, under 1,000 words, and submitted that Sunday night. So, I set about writing.

The winners were published this morning, and, although I was not one of the three, it seemed a perfect time to share my submission here on this blog. I’m placing it as it was when I submitted it, even though I’m now noting a few grammar/word choice issues. I’m not sure it’s really something I would submit elsewhere since the restrictions of the theme, length, etc. dictated how this came out – but perhaps one day I’ll revisit it and expand. In the mean time, it is here.

Arid ground crunched, shifting Kalin’s footsteps. Dusty air blew across the field, once a patchwork of crops. This was the third year of the drought.

The colony on Miros Twelve was established after hasty terraforming. New colonies were so desperately needed in those days that no concern was given regarding a planet’s ability to host life long-term.
Kalin’s family arrived when she was an infant. They’d been assigned land and would run one of four farms that fed their colony. Their planet stayed hospitable for nearly two decades before heavy winds brought trouble.

Kalin was surveying an eroding quadrant of crops. The Commission for Promoting Hospitable Life had sent a new seed variety that reportedly thrived in dry conditions. Concern regarding heavy winds was ignored – report failure when and only if it occurs. The wind won.
Heading home under the three moons, Kalin’s thoughts raced. This failure meant The Commission would begin relocation. The colonists would be separated from each other. And their planet.
Inside were Kalin’s parents, Reed and Crea, and her sister Rachel, wrestling to open meal packets – The Commission’s “gift” to prevent the colony from starvation.
“Morning,” Reed greeted. “How are they looking?”
There was little point in hiding the truth. “They’re not taking. There’s no growth, and the seeds are gone.”
Reed sighed. “Attempts to replant would be futile. The winds are only growing stronger.”
A packet burst, gooey yellow contents exploding on Rachel’s hands and dress.

The meals were runny, liquid. They came in a variety of colors, but not flavor. The colonists swallowed as best they could.

Morale was low. No one spoke of relocation, but everyone knew to prepare. Friends met, sitting around tables, trying to preserve the pretense of a home-cooked dinner.
The update from The Commission came quickly, and within a week, relocation orders were distributed. No two families were assigned the same planet.

With the day originally scheduled for relocation came a meteoroid storm. Transports were postponed, leaving the colonists in a holding pattern. Belongings were already packed, rations consumed. A hungry and anxious colony hunkered down for the night.
Kalin stayed up long after her family retired. She felt restless, fighting fatigue, not wanting to take this extra night for granted.
A loud pop startled her. Blue light filled the room, but by the time Kalin reached the windows, it was gone. The moons lit her as she ran outside. As her eyes adjusted, she spotted something on their land.
“Meteor.” Figured. She sighed, looking at the dirt under her bare feet. The futility of it all. The land simply couldn’t provide and now space was beating it.
Another boom and flash came from the direction of another farm. More meteors.

Morning was announced by hysterics from their neighbor, Leb. Their land was overflowing. Several delighted neighbors had gathered.
“What?” Reed wondered. “The seeds took!”
People seemed hesitant to touch the crops, for fear they wouldn’t be real.
Kalin wasn’t so timid. She walked to a tall plant and pulled. “This is impossible. I was out after the meteors struck and there was nothing.”
“Last night?” Leb asked.
“Yes, one in the middle of our fields, another near the Kibbson’s.”
“There’s no meteor there. Just new crops.”
Kalin was dumbfounded. “Doesn’t anyone notice that… it’s all blue?”
“Who cares? It’s food.” Rachel snapped. “This means we can stay.”

The Commission would not confirm whether this growth was typical – we wouldn’t alarm at the blue hue. Relocation is cancelled. Harvest immediately.
Everyone scampered to the farms.
“Shouldn’t these be tested?” Kalin worried.
Reed was gathering blue tomatoes.
“These people are hungry. We’ve been without for years.”
“In five hours we grow abundant crops? It doesn’t make sense.”
“I know you mean well, but this is familiar food. The color’s clearly a side effect of the seeds.”
Nothing would stop the colonists. They mobbed the crops, euphorically filling their mouths with bite after bite. Juice from blue grapes dripped down their faces. They crunched blue carrots and raw, bright blue potatoes. Later that day, fat, slow-moving slug-like creatures were found crawling in the patches. These were fried up by braver colonists and said to be delicious meat.
By the end of the second day, Kalin was ravenous. The others seemed so pleased with their meals. She bit into light blue corn. It was fantastic.

A week after the crops had appeared, the family was woken again by Leb. Kalin opened the door.
“Did you see what’s happened?” Leb’s eyes bulged.
“No? What?”
“They’re… turning…”
“Who’s turning what?”
“They’re blue. And quite calm about it. Some are shrinking. Henderson doesn’t even have legs!”
Kalin turned and saw her sister sliding groggily down the stairs, with blue arms and shrunken blue legs.
“Rachel!”
“Like that!” Leb screamed.
“What’s wrong?” Rachel asked, perplexed.
“Rachel, you’re blue?”
“Well of course.”
Kalin studied her. Her face bulged as she wedged her now abnormally wide body into a chair.
Kalin turned back to Leb, who was looking at his hands. They had turned blue. He looked up at her and smiled.
“Are you,” she swallowed. “Are you OK?”
“Yes? Why do you ask?” Leb waited calmly. “I’ll be in the fields again today. Tell your parents.”
Kalin turned back to her sister, whose feet dangled from the chair. She was hardly recognizable. Reed hurriedly walked in but stopped short when he saw Rachel. He turned to Kalin.
“She and your mother ate the crops at the same time.”
Kalin’s heart sank.

It was a bright, lazy afternoon. Outside, spongey colonists were grazing. Kalin stood inside the house, its lone resident the last two days. Through the curtains she watched them: groups of giant blue slugs, munching. They slithered from plant to plant, peacefully acknowledging one another.
A feeling within her – something warm, clean, comforting – had been growing stronger.
Now a new urge grew, to use her arms while they could still open the door and join the others in the fields.

One thought on “The Harvest”