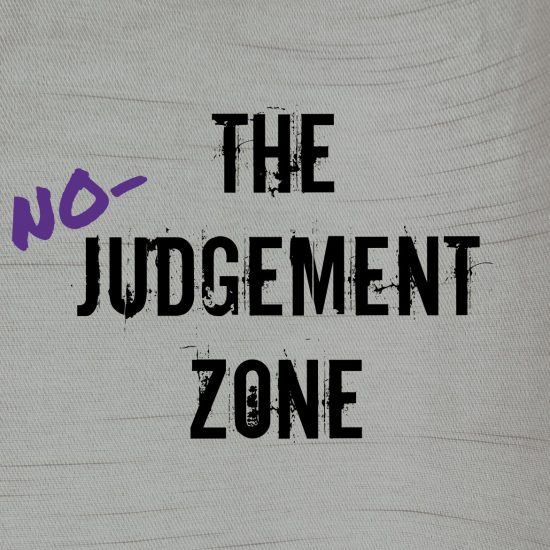 Vegans love to talk about why they ARE vegan, but I thought it would be a fun twist to talk about the reasons that are NOT why I’m vegan. Not to be confused with “the reasons I’m NOT a vegan,” which would be someone else’s post.

These are NOT the reasons why I’m a vegan…

I didn’t go vegan to seem cool and when I say “I’m a vegan” it’s not because I think I’m better or more awesome than anyone else. I couldn’t stick with something this life-impacting just to try to be someone I’m not. Veganism might be a fad for some, but I don’t plant to ever go back. And although I find myself being more outspoken about veganism as the years go by, I’m not going to lecture you if you eat meat in front of me. I think you’d find most vegans are fairly normal and reasonable people.

I enjoy being difficult.

Despite how fun being difficult is (just kidding), if I could make it easier to be a vegan and interact foodwise with other people, I would.

I don’t want people to dislike or avoid hanging out with us because we’re vegan. I get that it complicates things. In a perfect world it would be easier. It does get easier every day! But if we’re planning on dining out with non-vegans, I usually try to suggest places that have both regular and vegan options. Before going somewhere new, I do tons of research online to scope out what I/we can eat. Sometimes this has failed me, but usually my preparation comes in handy. In terms of eating at someone’s home, I always offer to bring a something vegan to share.

I like to eat gross food and pretend it’s good.

If what I was eating tasted gross, I wouldn’t still be eating it. If being vegan wasn’t working out, I would make changes. Likewise, if a recipe is underwhelming or off, I either adjust it or don’t make it again. I just like food too much to not enjoy what I’m eating.

I’ve heard vegan food generalized as “OK, but not as good as ‘the real thing.’” Before I went vegan, I had the idea that such food was unsatisfying, plain, veggie-heavy, overcooked, etc. Before that, I didn’t even like the idea of vegetarian restaurants, because, as an uber-carnivore, I assumed all they served was food I didn’t like.

This one is hard to pick apart because the word vegan is probably said in our house ninety times a day. Just look at how many times it appears in this post! I use it a lot because it is the term that most accurately describes what I eat. It also felt important to differentiate between regular and vegan cheese or meats around our young child so he would learn what he was eating was different yet worth advocating for.

Vegan is also part of the name in my (edit: now inactive) Instagram feed – where I am unabashedly pro-vegan because if you’re there, I assume you’re not opposed to seeing vegan food and hearing if it’s delicious or not. I originally started @vegandrle to help feel inspired by my journey. It worked. But in real life with people I don’t know – or don’t know very well – it can feel incredibly awkward to whip out that label. The word “vegan” is loaded and I never know what ideas people already have – if they don’t like it, if they’re curious, if they think it’s unhealthy and unwise, or if they straight-up hate kale pushers.

I never liked meat or cheese.

There are many vegans and vegetarians who found the transition easy because they’d never really enjoyed meat or dairy. Although I wish it were so, that was not me. I never liked seafood of any sort and didn’t always enjoy eggs, but I loved meat. And cheese. I ate them a lot. A celebratory meal out meant steak. A savory treat during the day was something with cheese. My coffee wasn’t sweetened but it always had creamer in it. I’d be lying if I said the transition away from these favorite foods was a piece of cake: but it wasn’t impossible. I do still sometimes try to make mock-meats that are attempting to be close to “the real thing,” but what I realize is that I don’t actually miss the meat itself anymore.

I like sitting around eating fruits and vegetables all day.

I wish! Although I’m not nearly as picky of an eater as I once was, it still doesn’t come naturally to me to eat an entire bowl of berries or munch on kale throughout the day. But I truly believe that incorporating more fruits and vegetables is an incredibly healthful move, so I push onwards. That’s not to say that I never enjoy what I’m eating. See above.

I like spending a ton of money on food.

I write that somewhat in jest because I don’t generally make a habit of eating just beans and rice. But it is a common retort of a vegan or vegetarian person when people say that being vegan is too expensive (or ask where they get their protein).

True, it does sometimes feel like there’s a “vegan tax” when dining out. Say you order a salad and have to remove the meat and cheese and egg – no one is going to give you a 50% discount on your lettuce pile. (They may give you avocado in exchange, hopefully without charging you $3.) And vegetarian and vegan restaurants are sometimes a bit more costly, although it seems about on par with what we used to spend for a nice, non-veg meal out.

Also true, vegan faux-meats and faux-cheeses can be more pricey than their (government subsidized) animal-derived counterparts. Of course this varies wildly depending on brand or store. But if you use these in moderation, it seems unlikely you’d notice that much of an increase in your bill. Enjoy some faux-meat with your beans and rice. Yum. Plus, tofu, tempeh, plant milks, etc., are generally very reasonably priced. And there are a surprising number of “regular” foods that qualify as vegan. Think: tortillas, hummus, a lot of breads, some cookies, many chips, any bean or legume, grains, virtually any spice, all of the produce aisle…

I like to lecture people and want to ruin their fun.

As if lecturing anyone about their personal choices ever worked. It definitely wouldn’t have worked for me. I had to come to it on my own. Had someone come to me and told me I HAD to go vegan, I would have rebelled and had another bacon cheeseburger. (For real.)

I suppose the more time you’re with me and have to interact with me, the more I’m going to want to sneak in facts about where our food comes from (because how is this not common knowledge?!). But in general, I’m not going to mention factory-farming or the evils of the dairy industry unless directly asked.

I think I’m healthier than everyone else.

Hilarious! And completely not true.

One thought on “These are NOT the reasons I’m vegan”